Ask for a quote!

Our team is at your disposal to provide you with a quote as soon as possible. VR 360 is the partner of many administrations and the large European organizations.

Your company located in Europe and you have an intra-community VAT number? We can provide you pre-tax prices and an excluding tax quote.

We are at your disposal to guide you in your choice and meet all your needs. 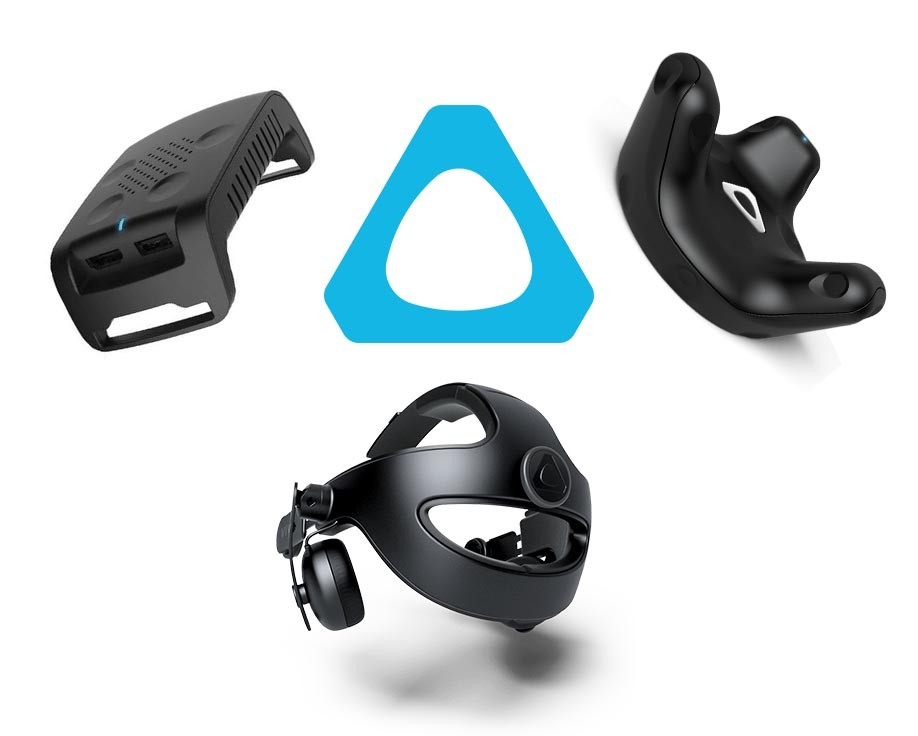 For the CES 2017, HTC Vive announced three new accessories that look particularly interesting for optimising your Virtual Reality experience. The agenda for 2017 :

- the possibility of integrating objects into virtual reality

- a wireless system for complete freedom

- a new fixation for the Vive

HTC’s new release, the Vive Tracker allows you to detect and convert the movements of any object into virtual reality.

It will now be possible to use many different objects in Virtual Reality (rifles; baseball bat, gloves with hepatic return) - this allows accessory manufacturers to simply allow the insertion of the Tracker to convert them into VR.

The Vive tracker measures 10 centimeters for 6 hours of battery life in continued usage.

It is now possible to change the original strap on your HTC Vive with this new system called “Vive Deluxe Audio Strap”. This stronger strap offers :

- foams between your head and the headset for optimal comfort

Announced late 2016, the TPCAST allows the HTC Vive system to function without wires, without heavily impacting the latency (less than 2 milliseconds) and an hour and a half of battery life. It is no longer a dream, you can experience virtual reality without the wires.